This weeks meetup was pretty productive when looking back at it.
I arrived to a pretty squeaky clean cave. Matt brought his vacuum cleaner and some cleaning products and got the place looking top notch.
A few boxes where moved out of the way to make more room and the desks extended to add extra table space.
Sadly some miscommunication led to the bottling of the american pale ale to Saturday due to lack of sanitizer.
Matt brought some of his home brewed beer. It was a smooth tasting pale corona like beer.

We finally got a consensus on the new name for the space and should announce it in the coming weeks.
We discussed a tool fund. We this will be made possible by making toasted sandwiches instead of ordering pizza every week.
This will reduce the need for members to truck their kit in and out of the space each week.
Marius remembered his printer this week and printed a impressive translucent bottle opener

Mark powered ahead with his soldering on his kit board.

Matt started on modifications to lighten his quadcopter frame and get it ready for when his fpv goggles arrive from the states. 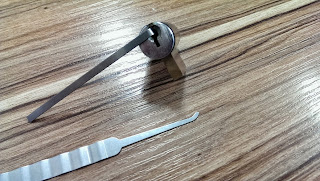 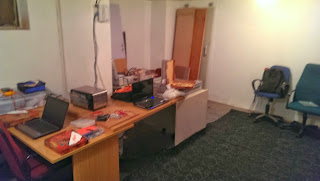 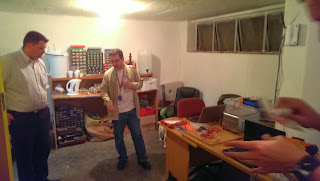 This included throwing away quite a bit of unused items that was taking up quite a bit of the space
I had a spare carpet that I brought down to the space making it feel a little more friendly.
We also setup a makeshift basin with a water drum so we could wash cups etc.
cleaned up the board and wrote up a wish list of tools and items we want to add to the space
Marcel started putting together the frame for the cnc. We are just missing part of the base so that will be added next week.The motors were wired up and hopefully be able to control the electronics in the next coming weeks so they ready for the frame 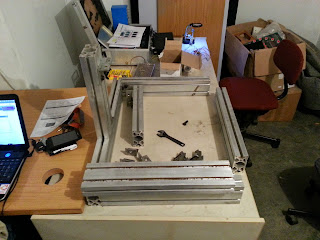 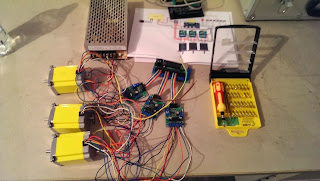 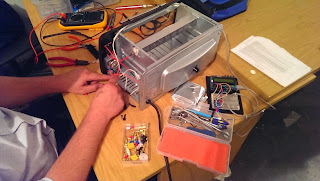 I had a bright spark idea to try insulate the oven with a space blanket as I had seen others online doing. I tested a piece of it in my oven at home and it survived the heat.
We covered the inside of the oven with the blanket and fired it, it worked till about 110C when things started to go pear shape as we noticed white spoke coming out of the joints. 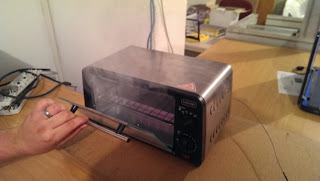 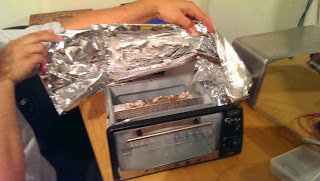 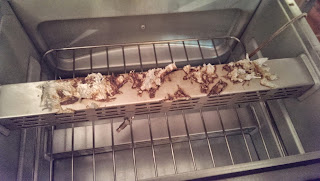 Mark spent the night fighting with MWeb over his server that wouldn’t boot up and thus didn’t brew the new batch of beer this week.
We had a tasted of the beer and you can definitely taste the flavours coming together this week 2 weeks to go till we ready to bottle it.
Whats on the agenda next week?
Matts cutting an aluminium plate for the top of the oven so we can protect the insulation from touching the element.
We will also fabricate a temp sensor holder that will have the temp sensor mounted close to where the boards will be lying in the oven.
Ill be bringing the missing part of the cnc frame and working more on the reflow oven controller.
Mark will be brewing his first batch of beer (Work permitting)
We will be discussing the manifesto in greater detail and hopefully vote on the spaces new name.
Till next week…
Happy Hacking